June 12, 2009 is the transition to DTV (Digital Television).  Excited?  Concerned?  So what does this mean for you?  Probably not much.  But there may be some interesting situations to consider. 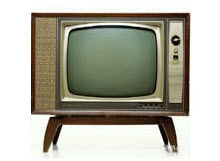 First of all, what does the DTV transition mean?
Currently, most all local TV stations who broadcast over the airwaves have been sending out both analog and digital signals.  On June 12, 2009 these stations will be tuning off their analog transmitters.  So TV broadcast will be digital only.

If you are on cable or satellite you will not be impacted by the DTV transition. But if you are still a believer in free TV, then you should make sure you are ready.  You may need to upgrade if:
You use an antenna to get receive your TV signal
AND
Your have a TV with only an analog tuner

It is easy enough to tell if you get TV via an antenna.  Most likely you do not need a new antenna for DTV.  You may need to make some adjustments after to your antenna after the conversion.

If you have a TV with an analog only tuner then you need a digital-to-analog converter box.  But how do you know if you have an analog only tuner?  You can dig up the manual that came with your TV.  (You have that, right?)  Of you can go to your manufacture’s website and look up your make and model.  If your TV has a built-in Advanced Television Systems Committee (ATSC) tuner then should be fine.  Most TV’s purchased after May 25, 2007 have ATSC.  Many LCD and plasma flat screen TVs have ATSC.  However, most CRT styles TVs probably don’t. Here’s the thing, if you get TV through an antenna you should consider getting a digital-to-analog convert box.  Here’s a website that answer’s questions about digital-to-converter boxes:
http://www.dtvanswers.com/dtv_converterbox.html

Why do we need to go digital only for TV?
Some will try to sell you on the idea of DTV because it will deliver better quality service.  This may be true, but it is not the driving force behind DTV.  The main reason is to recover wireless real estate.  Digital signals are a more efficient use of the wireless spectrum than analog.  Think for the wireless spectrum as a block of land.  And think of analog as a bunch of single story homes on this land.  But digital would be that same plot of land with a high rise where you can put a lot more people on the same square footage of land.  The government will auction off some of the recovered wireless bands.  Other will be used for public services (Fire, Police, Homeland Security).

But here are few other things to consider for the big DTV transition.

If you have a battery powered TV with “rabbit ears” antennas then it will probably be useless after June 12, 2009.  I have a little portable black-and-white battery powered TV I keep for when the power goes out.  After the DTV transition all that I will receive on my back-up TV is static.  So during a power outage I will no longer be able to watch the local news.  I guess I’ll have to make sure I have a flashlight and a book just like our ancestors did in the old days…sorta.

You can still watch your favorite vintage TV shows in digital.   There has been some concern that those TV Land classics conceived in the analog age with not translate into digital.  Do not worry.  You will still be able to watch “Saved by the Bell” after June 12, 2009.  (I did not just admit to watching “Saved by the Bell” reruns!)

Some say there could be problems with wireless microphones.  Does this mean my Mr. Microphone” will no longer work?
Does this mean we will not see commercials like this?

They don’t make ‘em like that anymore.  (Thank goodness.)  And most likely my Mr. Microphone will be just as annoying in the DTV age.

Is your website SEO healthy?  For good Search Engine Optimization, your website may need an SEO … END_OF_DOCUMENT_TOKEN_TO_BE_REPLACED